Viktor Misiano: Curating without a System 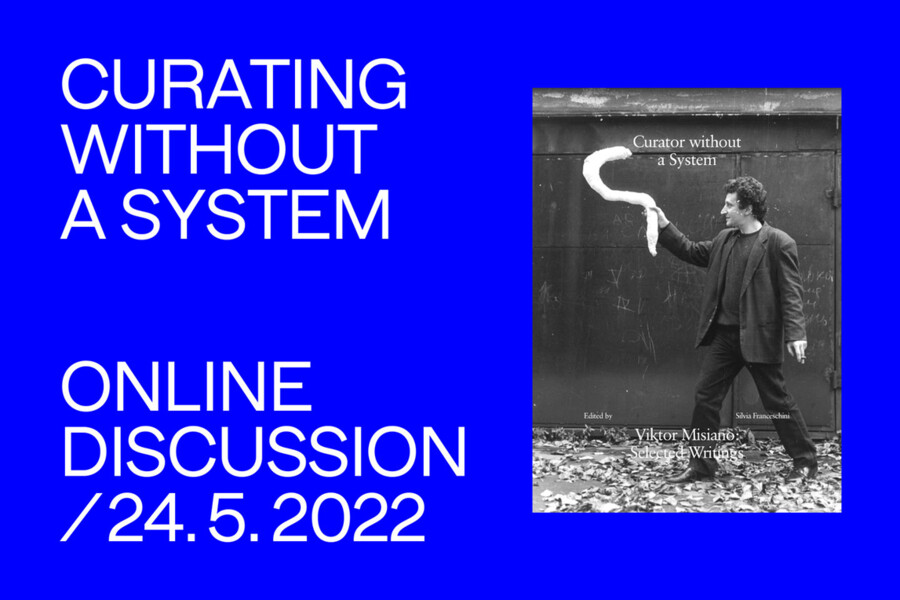 VIKTOR MISIANO: CURATING WITHOUT A SYSTEM

Video recording of the online discussion and presentation

Neuer Berliner Kunstverein (n.b.k.), Berlin, and the Igor Zabel Association for Culture and Theory present a discussion in conjunction with the book Curator without a System. Viktor Misiano: Selected Writings (ed. Silvia Franceschini, Sternberg Press, part of the Glossary series edited by Georg Schöllhammer and tranzit.at).

The book brings together a rich variety of essays – now available for the first time in English translation – written by curator Viktor Misiano between 1988 and 2015. Reaching well beyond the contexts of Russian culture and art, his curatorial projects and writings comment on global dynamics after 1989 while focusing on unresolved contradictions between East and West, institutions and communities, art and society.

As Georg Schöllhammer writes in his introduction to the book, Viktor Misiano’s texts “are extraordinarily informative for helping us to understand retrospectively the development of the recent geopolitical rupture in Europe in which the new Russia plays a central role, as well as providing insights into the new audiences and the institutional fabric of the contemporary Russian art establishment.”

While the book project started several years ago, it has taken on new relevance with the outbreak of war in Ukraine, particularly Misiano’s reflections on attitudes within the Russian and global art systems toward past conflicts in the region, as analyzed in essays such as “The War in Chechnya Did Not Take Place”. The discussion between Viktor Misiano, Silvia Franceschini, and Nataša Peterešin-Bachelez will address the problems of colonialism in the Soviet Union and their impact on the post-Soviet condition. Furthermore, special attention will be paid to the multiple relations between art and its systems, and the possibility of forging transnational networks of collaboration and solidarity.

Viktor Misiano is a curator, art writer, and editor living in Moscow and Italy. He was a curator of contemporary art at the Pushkin National Museum of Fine Arts (1980–90) and served as director of the CAC – Center for Contemporary Art (1992–97), both in Moscow. He curated Russia’s participation in the art biennials in Istanbul (1992), Venice (1995, 2003), Valencia (2001), and São Paulo (2002, 2004), the first Central Asia Pavilion at the Venice Biennale (2005) and was a member of the curatorial team for Manifesta 1 (Rotterdam, 1996). In 1993, he founded Moscow Art Magazine and has been its editor-in-chief ever since. In 2003, he co-founded Manifesta Journal: Journal of Contemporary Curatorship and was an editor there until 2011. From 2010 to 2014, he served as chairman of the International Foundation Manifesta. Misiano received the Igor Zabel Award for Culture and Theory in 2016.

Nataša Petrešin-Bachelez is an interdependent curator, editor, and art writer. She curated Contour Biennale 9: Coltan as Cotton (Mechelen, Belgium, 2019) and Not Fully Human, Not Human at All (Kadist, Paris, 2017–21), co-curated Defiant Muses: Delphine Seyrig and the Feminist Video Collectives in France, 1970s–1980s (Museo Reina Sofía, Madrid, 2019; Kunsthalle Wien, Vienna, 2022) and Let’s Talk about the Weather (Sursock Museum, Beirut, 2016; Times Museum, Guangzhou, 2018), among others. Petrešin-Bachelez was chief editor of the Manifesta Journal (2012–14) and L’Internationale Online (2014–17). Since 2021, she has been the cultural programmes manager at Cité Internationale des Arts in Paris.