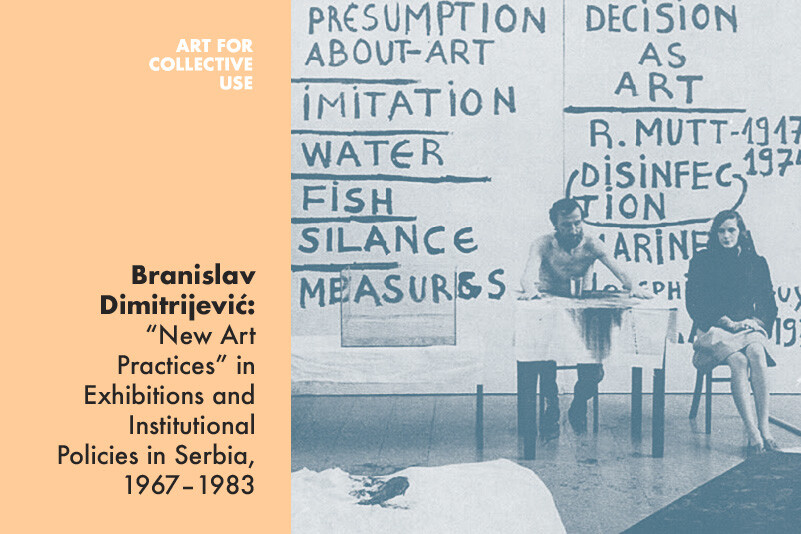 The main cultural institutions established by the socialist cultural policy in 1950s and 1960s Serbia were conceived to accommodate the general cultural-ideological doctrine that would later be labelled “socialist modernism”. By the end of the 1960s, as a result of changing paradigms in art and politics, one of the main feature of the so-called “youth culture” was to strongly express their critical stance toward the institutional situation. Paradoxically, and in part due to the more liberalized climate of the late 1960s, it was precisely the socialist institutional system that provided for the emergence of “New Art” which functioned as a counter-cultural gesture against the staleness of the prevailing system.

The first exhibitions of New Art Practices in Serbia were held with the support of youth-cultural institutions. They were prefigured by the art program curated by Biljana Tomić for the BITEF Theatre Festival, which took place in Belgrade in 1967, and followed by the exhibitions of the Slovenian conceptual art group OHO in Youth Tribune (Tribina Mladih) in Novi Sad in 1969 and Belgrade Youth Centre (Dom omladine) in 1970. The first conceptual art groups in Serbia, KOD from Novi Sad and Bosch+Bosch from Subotica, emerged in 1970. Already in March 1971, the Belgrade Museum of Contemporary Art organized the exhibition Examples of Conceptual Art in Yugoslavia curated by Biljana Tomić and Ješa Denegri. A few months later the SKC – Student Cultural Centre opened in Belgrade, its gallery becoming the venue and production site for a new approach to art practice and a changed notion of exhibitions as engaged events, a movement that eventually culminated with the OCTOBER 75 project in SKC.

The lecture presents and critically interprets these events through the lens of exhibition practices and institutional dynamics, and particularly the exhibition and acquisition policies of the Belgrade Museum of Contemporary Art. The chronology ends in 1983, the year which witnessed both the first major retrospective of New Art Practices in Serbia and the first retrospective exhibition in Yugoslavia of an internationally renowned artist exemplifying this changing paradigm of art, namely Robert Smithson.

The lecture is held in English and is part of the seminar Art Exhibiting in Slovenia, from the Early 19th Century to Today, organized by: Department of Art History of the Faculty of Arts, University of Ljubljana and Igor Zabel Association. Supported by: ERSTE Foundation

The conversation with Branislav Dimitrijević is moderated by Beti Žerovc, head of the seminar Art for Collective Use, Department of Art History of the Faculty of Arts, University of Ljubljana. 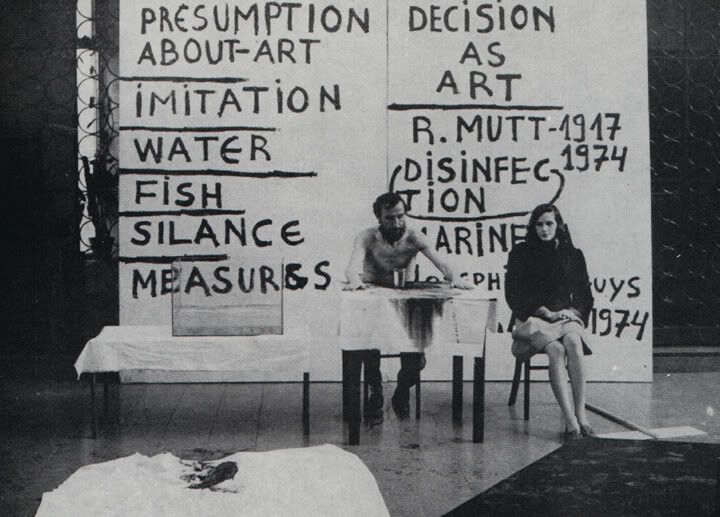 Branislav Dimitrijević is a professor of History and Theory of Art at the College of Art and Design in Belgrade. He teaches and writes on the art and culture of socialist Yugoslavia as well as on avant-garde art, contemporary art, and exhibition histories. His books include: Potrošeni Socijalizam: Kultura, konzumerizam i društvena imaginacija u Jugoslaviji, 1950–1974 (Consumed Socialism: Culture, Consumerism, and Social Imagination in Yugoslavia, 1950–1974, Fabrika knjiga, Belgrade, 2016), O Normalnosti: Umetnost u Srbiji 1989–2001 (On Normality: Art in Serbia 1989–2001, MOCA, Belgrade, 2005, w. B. Andjelković, D. Sretenović), and most recently Jugoslavija: Zašto i kako? (Yugoslavia: How and Why?, Museum of Yugoslavia, Belgrade, 2019, w. I. Erdei, T. Toroman). Since the mid-1990s he has been active as a curator of contemporary art, with a particular interest in site-specificity and context-specificity. Selected texts available on the link.